Many Cultures, One Family

Representing students from over 15 countries! 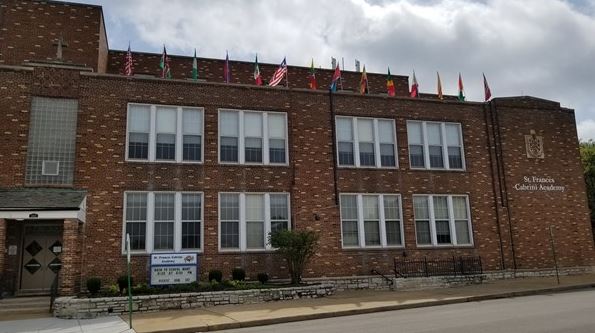 St. Frances Cabrini Academy opened its doors in 2003 following a consolidation of multiple parishes & schools in south St. Louis City.  The namesake, Mother Cabrini, was chosen for her work in education and holistic care, with special attention to welcoming immigrant families.  The school continues Mother Cabrini’s tradition of faithful education with emphasis on academic excellence and community care. 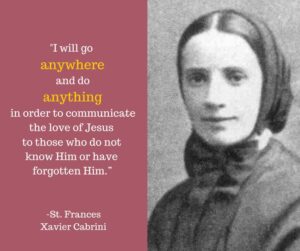 Mother St. Frances Xavier Cabrini, the namesake of the school, was born in July 15, 1850 near Lodi, Italy. She was the youngest of 13 children.  As a child she was fascinated by stories of missionaries and was determined to join a religious order. Due to her poor health, she was not allowed to join the Daughters of the Sacred Heart who had been her teachers and under whose care she earned her teaching certificate.

She founded the Missionary Sisters of the Sacred Heart of Jesus in 1880, which was expressly for charitable and religious work among the very poor.  She and her sisters asked to be sent to China but instead, Pope Leo XIII sent her to New York in 1889 to aid Italian immigrants living there.  Mother Cabrini organized religion and education classes for those in need.  Eventually, she established 67 schools, hospitals, orphanages, and nurseries around the world.

She worked tirelessly until her death December 22, 1917, in Chicago. In 1946, she was canonized a saint by Pope Pius XII in recognition of her holiness and service.  She was named Patroness of Immigrants in 1950.

Mother Cabrini’s shrine is housed at Mother Cabrini High School in New York City, where she is buried. Her feast day is November 13.

St. Frances Cabrini Academy (SFCA) is a Catholic elementary school that educates by nurturing the growth of each child’s mind, body, and spirit. We celebrate our diversity while acting together to proclaim the Gospel. We commit ourselves to justice, the value of a quality education for all, and the vibrancy of St. Louis.